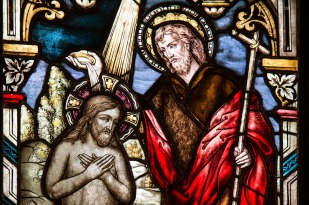 The liturgical season of Christmas began with the vigil Mass on Christmas Eve and concludes on the Feast of the Baptism of the Lord, which this liturgical year falls on Monday, January 9, 2017.

When the song of the angels is stilled,
When the star in the sky is gone,
When the kings and the princes are home,
When the shepherds are back with their flocks,
The work of Christmas begins:

To find the lost,
To heal the broken,
To feed the hungry,
To release the prisoner,
To rebuild the nations,
To bring peace among people,
To make music in the heart.