This is the ninth article in a series.  Here are the links for the first eight parts:

On March 15, 1959, at a meeting of Father Hennegan and the parishioners, an Executive Committee was established and given the responsibility of planning a fundraising campaign for a new convent.  The cost of such a building program was approximately $100,000. 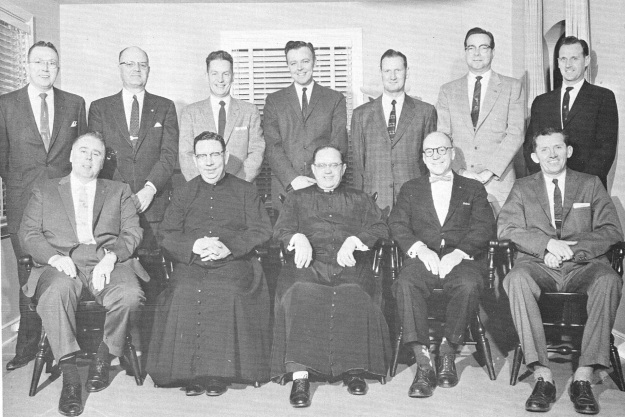 Executive Committee for the New Convent

Mr. James J. Canavan was the general chairman of the Executive Committee. The Committee divided the entire parish into six districts and appointed a chairman for each district.  In addition, the Executive Committee solicited the aid of Special Donor Solicitor Teams to approach some of the parish for special gifts.  The Special Donor Teams recruited pledges totaling $24,615 and at a dinner held on February 18, 1960, all the volunteer workers were instructed in the Program and assigned sections of the parish.

Through the dedication and tireless efforts of all these solicitors, it was possible to announce in February 1961 that the goal of $100,000 had been reached.

Next week: The New Rectory

1 thought on “Our Parish History: The New Convent”